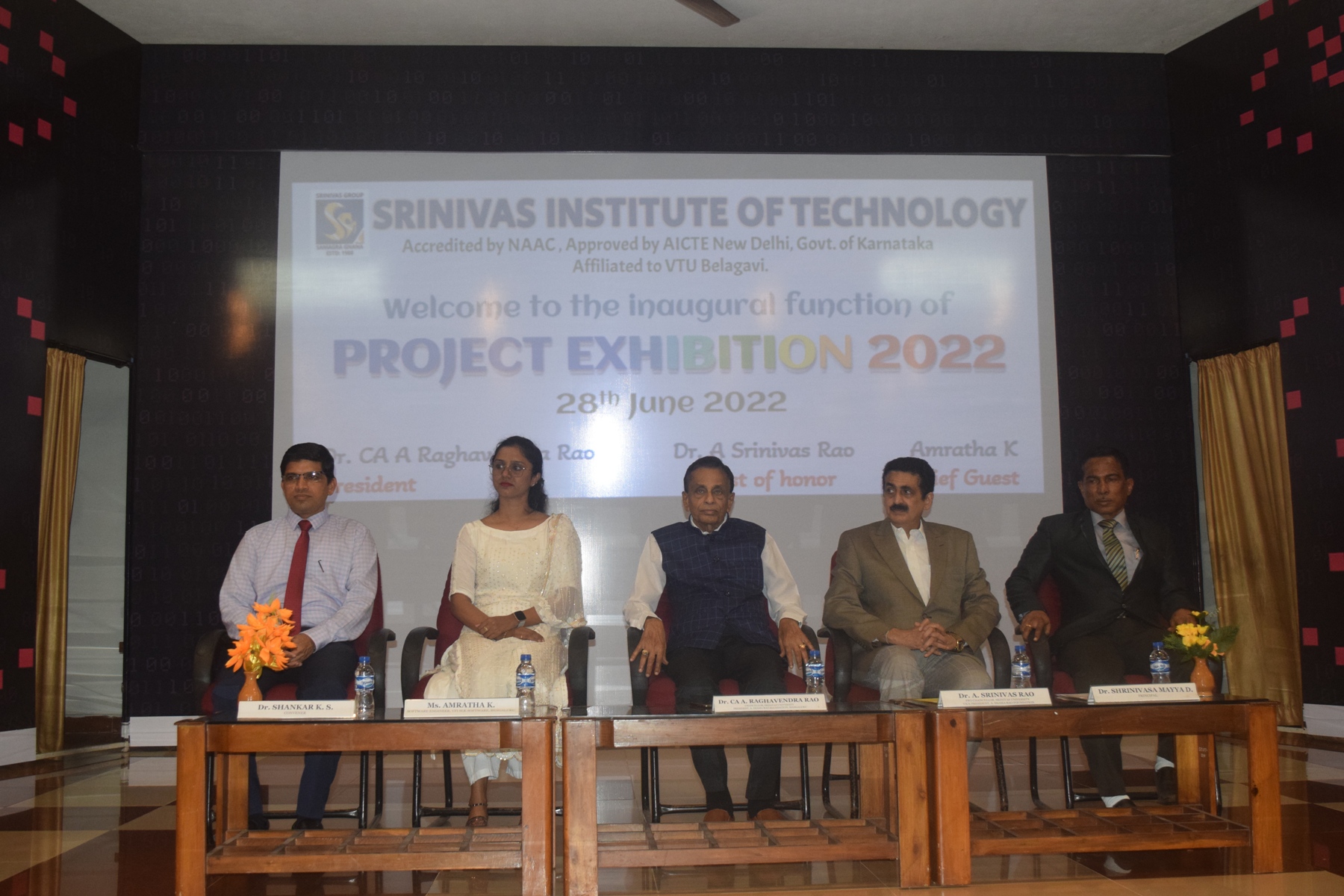 Inauguration of Student Project Exhibition– 2022 of Srinivas Institute of Technology, Mangaluru, was held on 28th of June 2022. Dr. CA A. Raghavendra Rao, Chancellor, Srinivas University and president of A Shama Rao Foundation presided over the inaugural function.Ms. Amratha K, Software Engineer, VFI SLK software, Bengaluru, was the chief guest. Dr. A. Srinivas Rao, Pro Chancellor, Srinivas University and Vice-President of A Shama Rao Foundation was the Guest of Honor. The dais was shared by Dr. Shrinivasa Mayya D., Principal, Srinivas Institute of Technology and Dr. Shankar K.S, Convener of the Projectexhibition.The chief guest Ms. Amratha K addressed the students with her motivational talk, mentioned that, students must involve in the project completely and should have a deep knowledge about their project. She also explained what the industries can expect from the student projects and challenges involved in corporate world. Dr. CA A. Raghavendra Rao, in his presidential address, mentioned the importance of teacher’s guidance and role of all the branchesof engineering in creation of a new technology. Dr. A. Srinivas Rao, mentioned the role of engineers in various field including health sector. Also he encouraged the students to develop the projects into useful products for public and apply for the patents.Dr. Shankar K. S. the convener of the project exhibition briefed about the project exhibition 2021-22. A total of 99 projects in all departments will be on display, out of which 10 are sponsored by Karnataka State Council for Science& Technology (KSCST) Bengaluru and 16 are sponsored by VTU Belagavi. All the projects will be judged by internal and external experts. The best projects will be awarded with cash prizes.The inaugural function was started with invocation by Ms. Pallavi, from department of Electronics and Communication. Mr. Sai Prasad from department of Marine Engineering, welcomed the gathering. The chief guest was introduced by Ms. Vandana, from department of Electronics and Communication. Mr. Jibin TV, from department of AIML delivered the vote of thanks. Ms. Smrithi BS from department of Marine Engineering was the master of ceremonies. 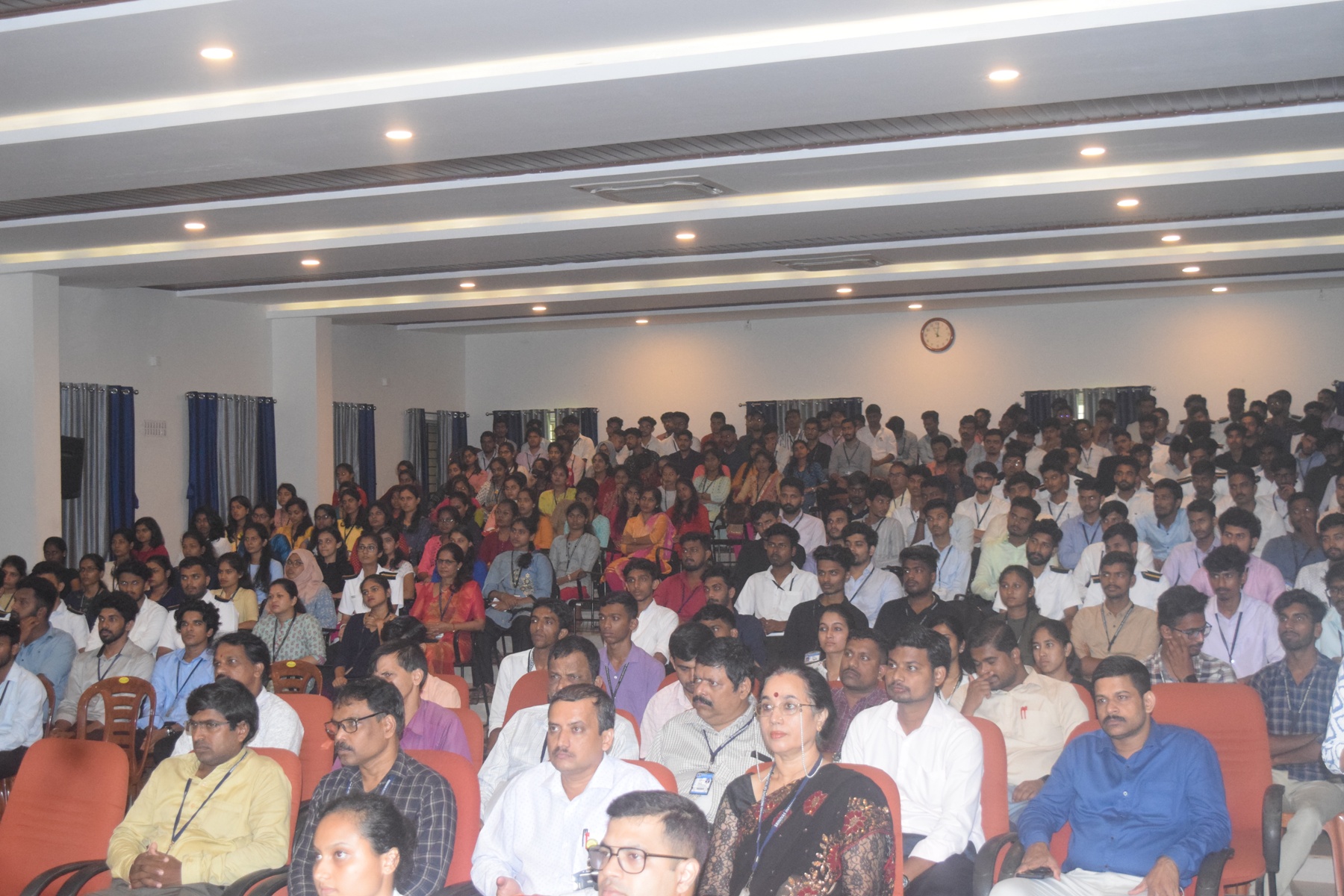 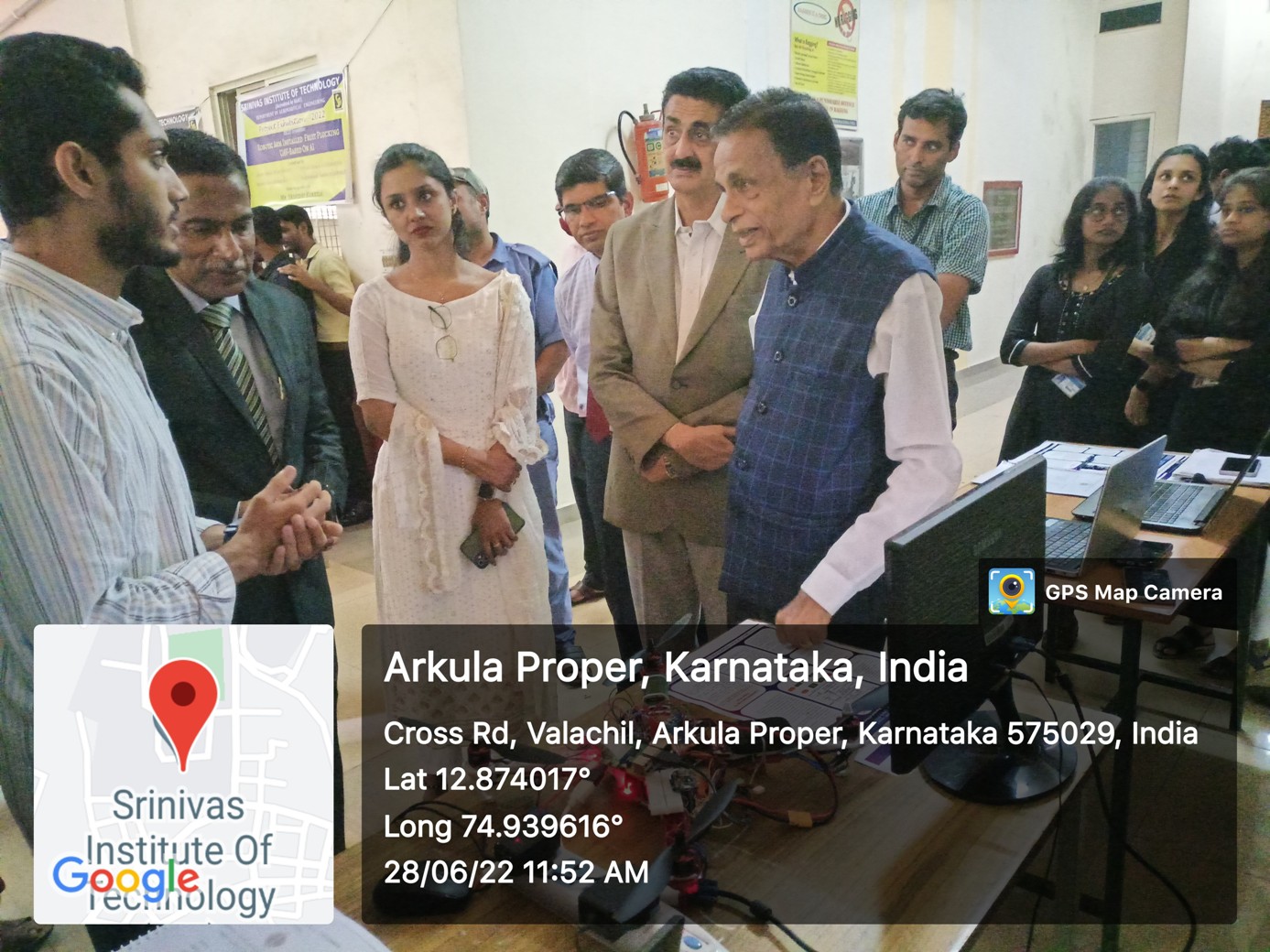 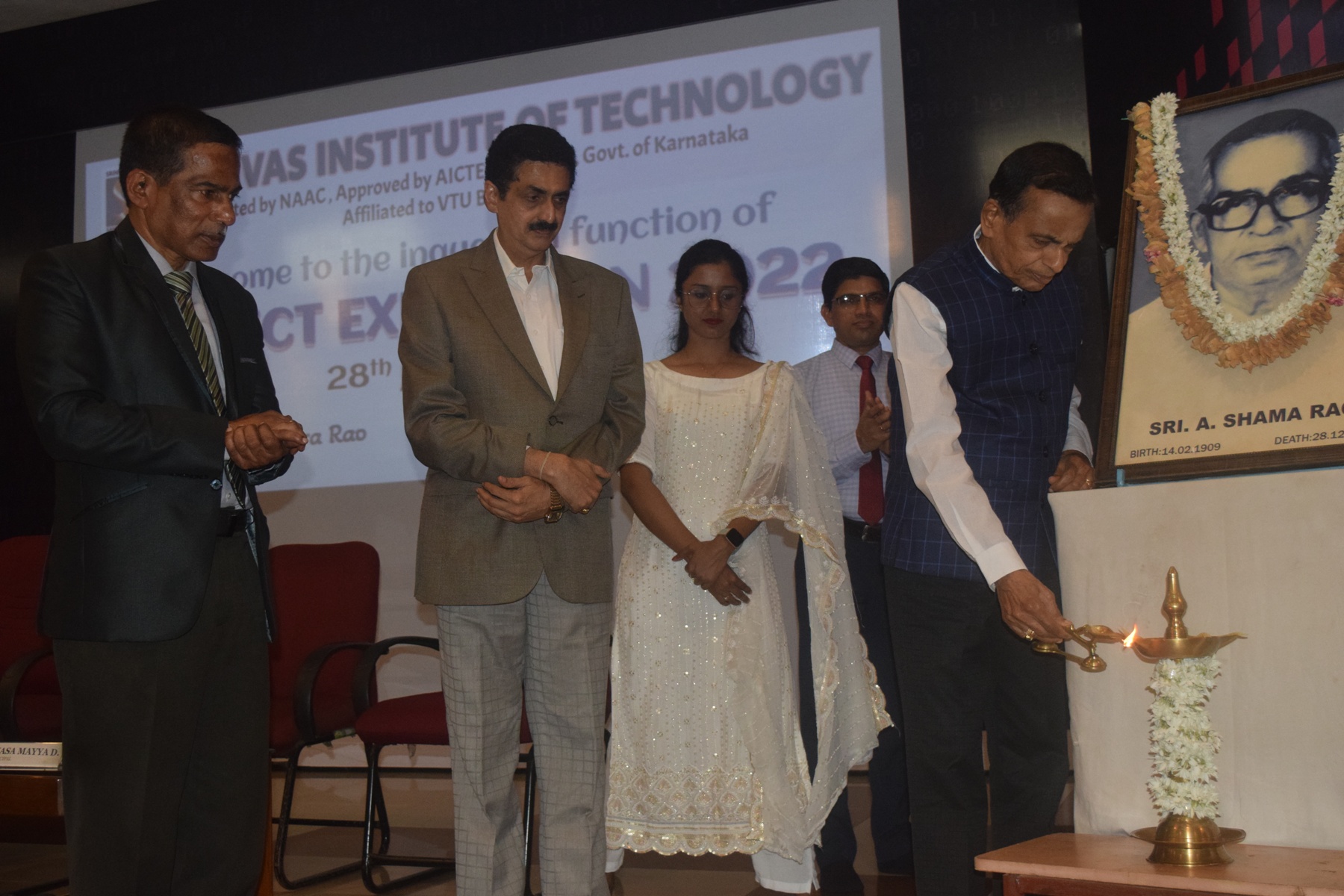