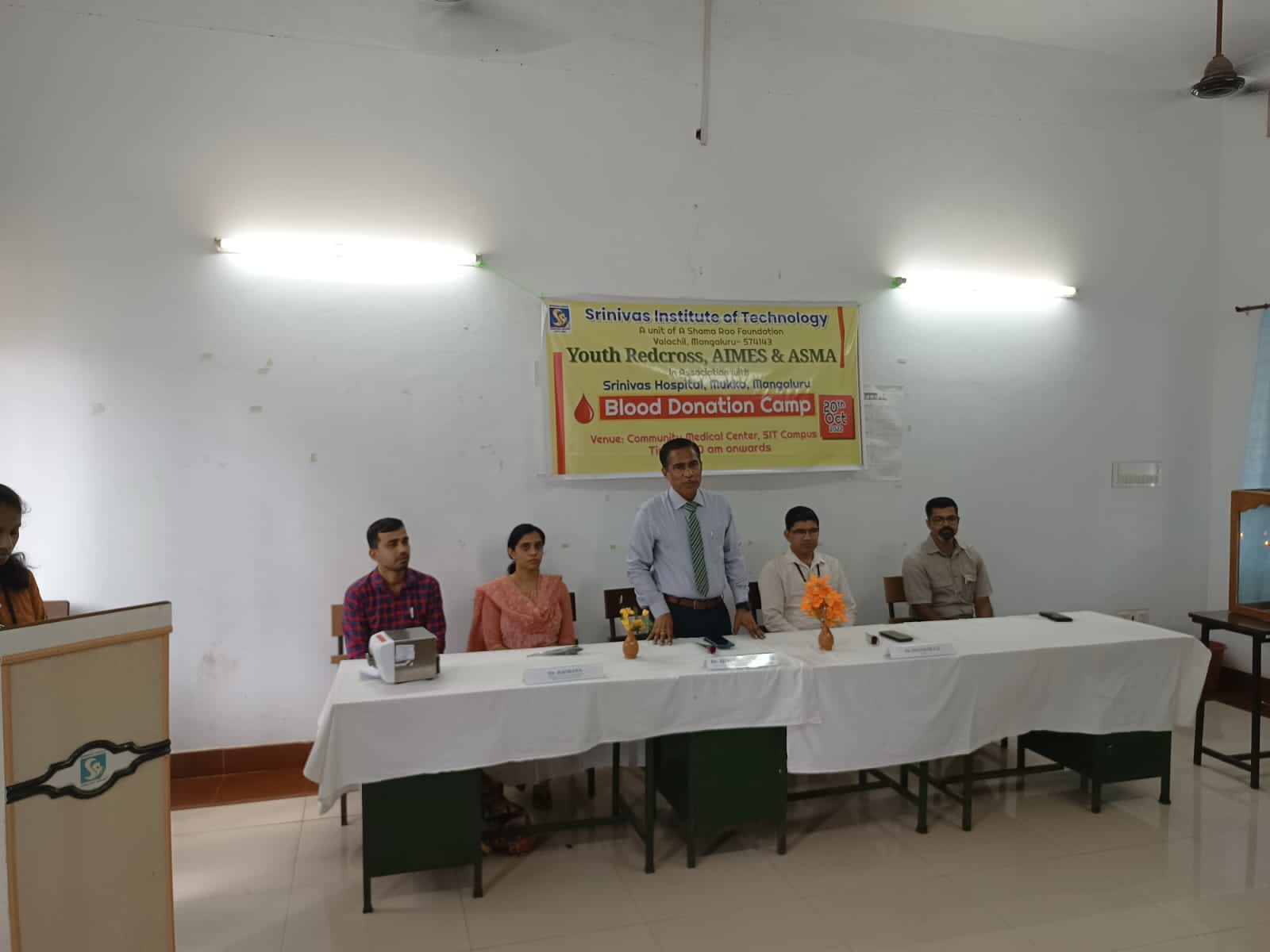 The Students’ association of Marine Engineering (AIMES) and Mechanical Engineering (ASMA) of Srinivas Institute of Technology, Valachil jointly AIMES- The student association of Department of Marine Engineering, ASMA – The student association of the Department of Mechanical Engineering along with Youth Red Cross-SIT organized a blood donation camp at Srinivas Institute of Technology, Mangaluru in association with Srinivas Medical college, Mukka on 20th October 2022. Students and staff members participated in the blood donation camp and made the event a success. A total of 72 units were collected. The camp began at 09.30 AM. with a short inaugural function which was presided by Dr. Shrinivasa Mayya D, Principal SIT Mangaluru. Dr Rachana, Assistant Professor, Department of Pathology & Medical Officer, Blood Centre, Srinivas Hospital Mukka was the Chief Guest of the function.Dr. Shrinivasa Mayya D in his presidential address briefed the audience on the importance of blood donation. He congratulated the association members of AIMES and ASMA, volunteers for the success of the program. He thanked the team from Srinivas hospital, Mukka for their support and facilities, and blood donors for their social concern. Dr Rachana addressed the gathering and informed the donors regarding the physical requirements for blood donation and encouraged everyone to donate blood voluntarily. Dr Shankar congratulated the association members and said that it was a great day of pride for the college for conducting the Blood donation drive.AIMES faculty coordinator Prof. Sathisha K G, Youth Red cross-SIT coordinator Prof Vivek Vijay, Faculty members were present on this occasion. Sumanth S President of AIMES welcomed the gathering, vote of thanks was given by Mohammed Shakeel, 7th Semester Mechanical Engineering, Sheethal G S from 7th semester Marine was the master of ceremonies. 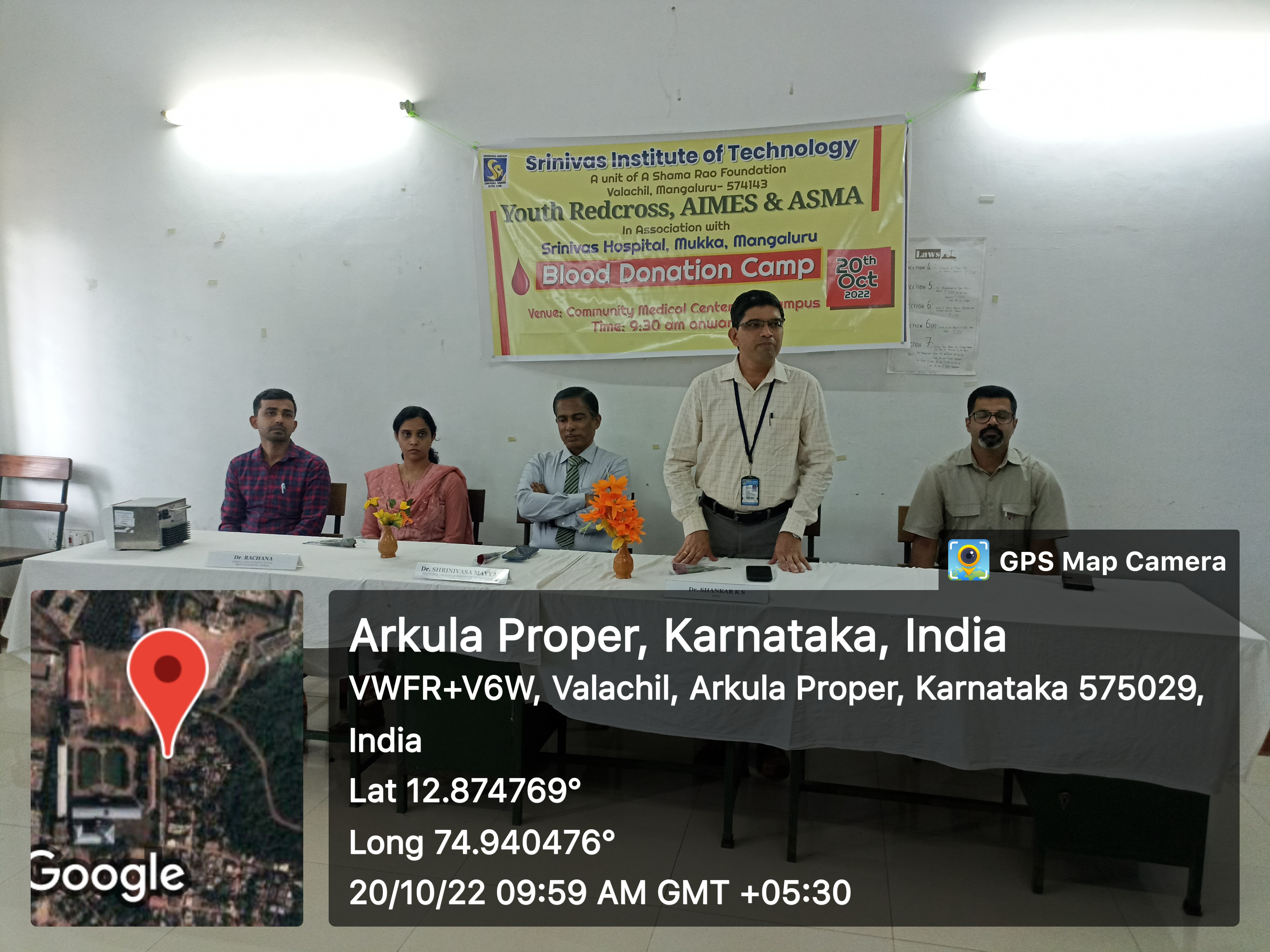 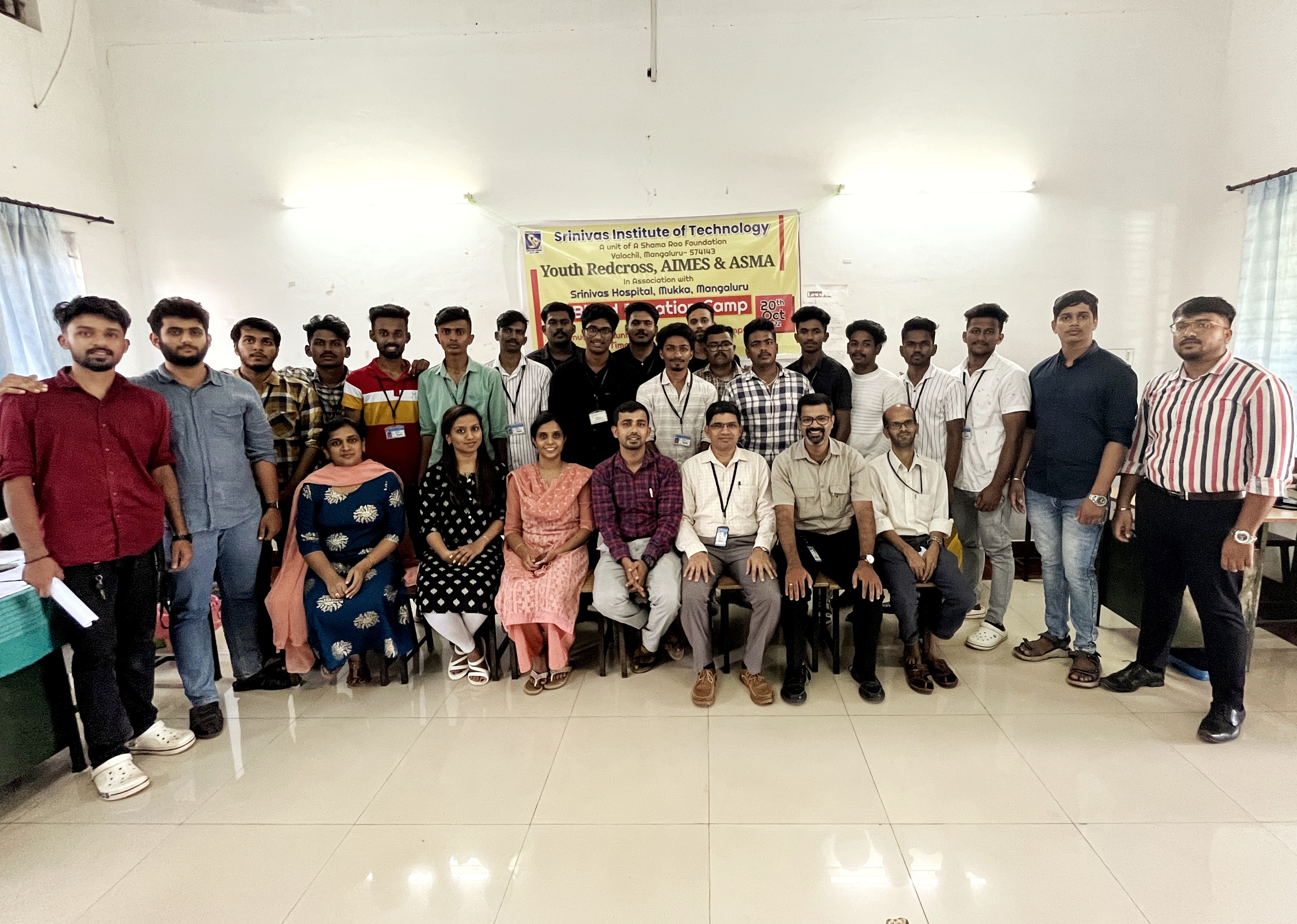 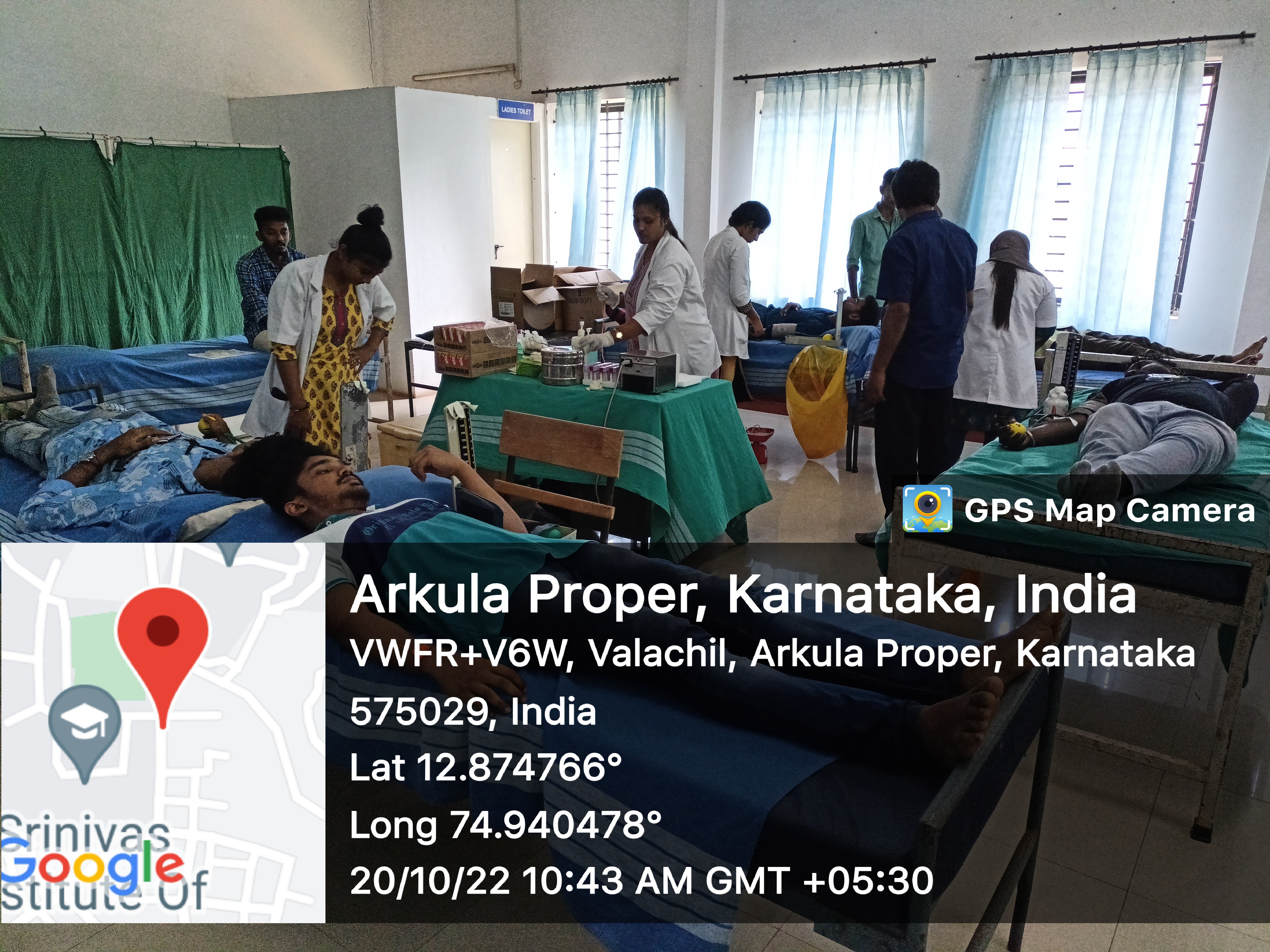