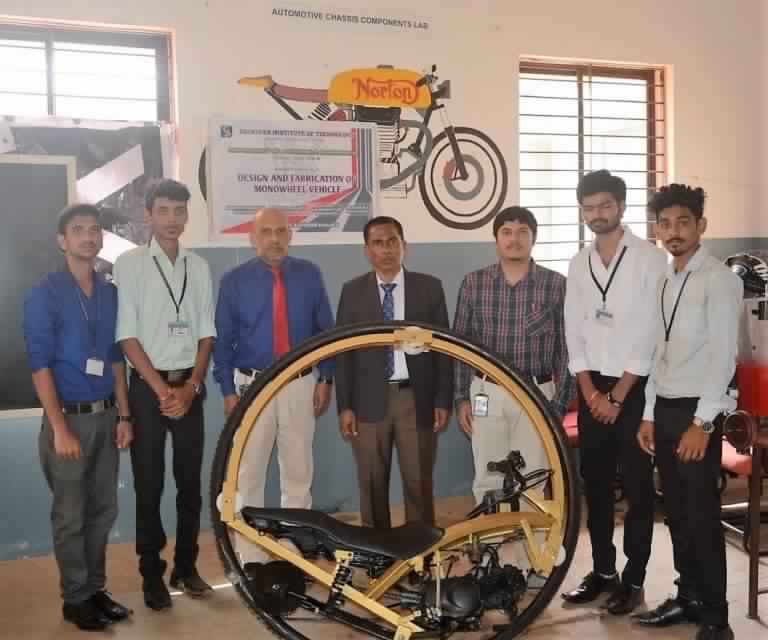 It is a single wheeled bike which has an outer running wheel while the driver is seated inside the circular out frame. The MONOWHEEL reduces the space occupied by a two wheeler and can be used for the industrial and agricultural purposes such as ploughing etc. The MONOWHEEL is balanced by the driver himself and can be upgraded by using gyroscopic sensors which will help in balancing. Students could build this whole vehicle with a least expense of Rs. 18,000 only; if this concept is put into the mass production 30% of the cost will be reduced. By further research on this vehicle the weight of the entire vehicle can be reduced by 10% or more.

The project was guided by Assistant Professor Santhosh Kumar K. with the supports from HOD Dr. Ramakrishna N. Hedge, Principal, Dr. Shrinivasa Mayya D., and the management of Srinivas Institute of Technology, Mangaluru.