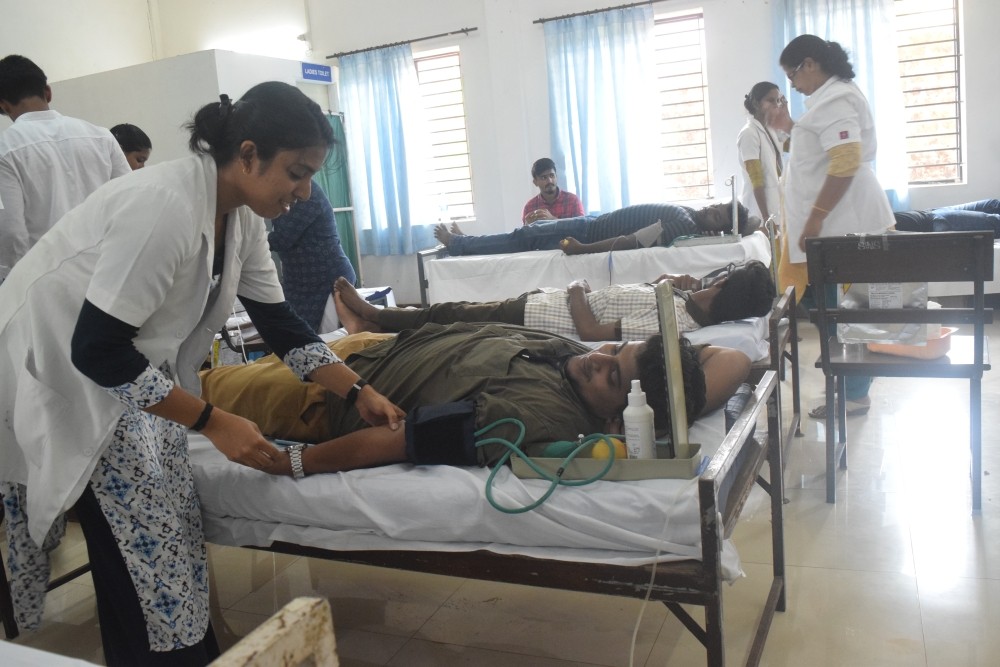 Redcross-SIT & Lions Club-Bantwal had organized a blood donation camp in Srinivas Institute of Technolgy, Mangaluru in association with KMC Mangaluru on 26 th February 2020. A total of 150 students and staff members participated in the blood donation camp and made the event a success. The camp began at 10.00 a.m. with a short inaugural function which was presided by Dr. Shrinivasa Mayya D, Principal SIT Mangaluru. Lion Shrinivasa Poojary, President of Lions Club, Bantwal was the Chief Guest of the function.

Dr. Shrinivasa Mayya D in his presidential address briefed the audience on importance of blood donation. He congratulated the association members of AIMES, volunteers for the success of the program. He thanked Lion Shrinivasa Poojary for his presence and blood donors for their social concern. Lion Shrinivasa Poojary expressed his gratitude to the Marine Student Association (AIMES) of the college for its continuous endeavor in this regard. He also stressed on the growing need of blood in the state and commended the young volunteers for their noble act. 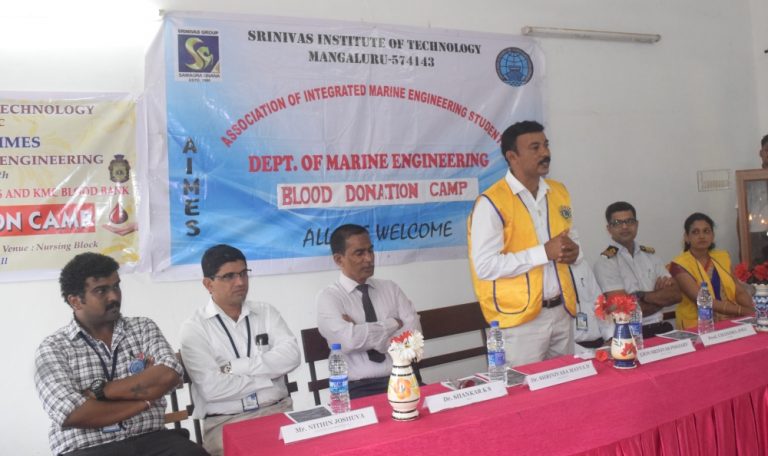 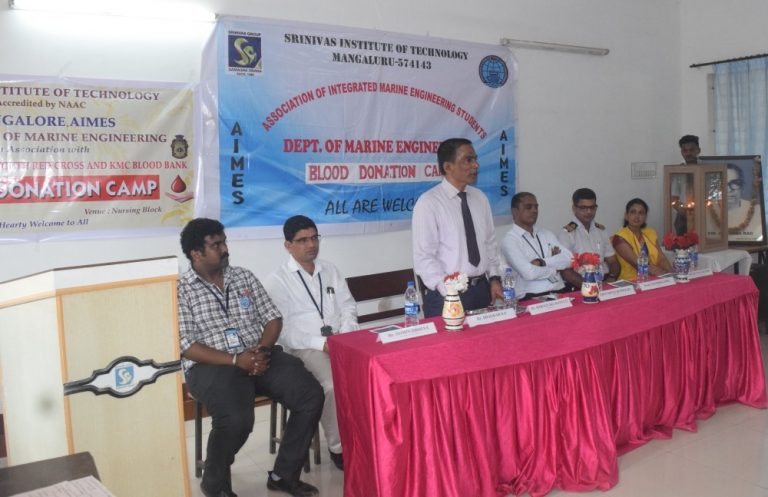 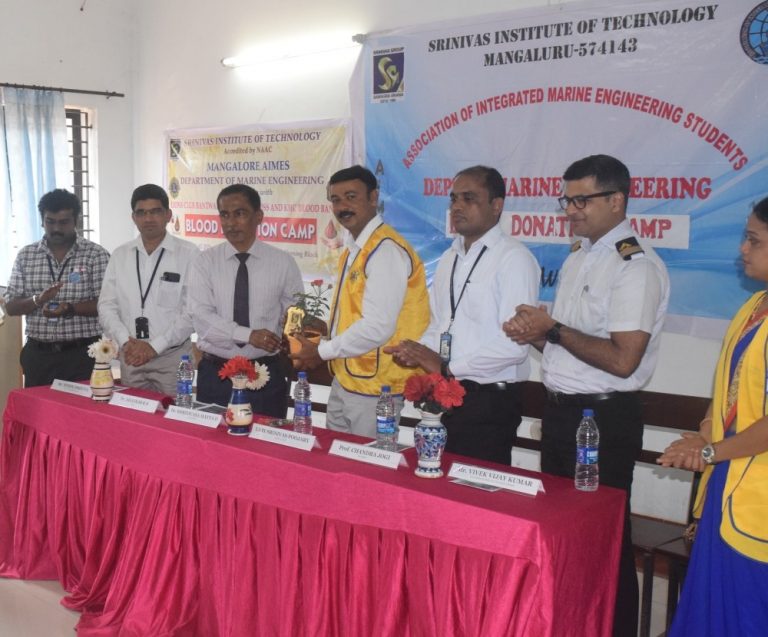